reprinted from The Zimbabwean

A 2011 partnership between the US Embassy in Harare and the oldest continuous book club in the United States, the Chautauqua Literary and Scientific Circle (CLSC), recently honored 11 individuals who read 12 CLSC books as members of the inaugural Zimbabwean CLSC club. 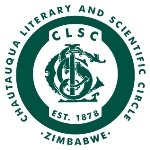 “The core concept of the CLSC book club is that adults should never stop learning,” said Sharon Hudson-Dean, Counselor for Public Affairs at the U.S. Embassy and a 2012 graduate. “Our education should not stop at the last year of schooling but we should seek to expand our intellectual world every day.” Hudson-Dean went on to note that the CLSC-Z book discussions also serve to build bridges of understanding between people by allowing them to share opinions and perspectives on the books in an uninhibited forum.

“Whenever we meet, it’s not like discussing the book and leaving it there, leaving the words on the page. It’s like trying to extract the meaning, to put it in our context,” said Reverend Samuel Sifelani, a minister in the Anglican Church.

Launched in 1878 at the Chautauqua Institution in western New York, the CLSC is considered to be the oldest continuous book club in the United States. It began with two chief aims: the promotion of habitual reading and study in nature, art, science and in secular and sacred literature; and the encouragement of lifelong individual study. Today, the CLSC represents the standard by which all other book clubs, literary circles and study groups are measured.

The historic partnership between the United States Embassy Harare and the Chautauqua Institution started in March 2011 with an initial membership of 30 individuals drawn from various parts of Zimbabwean society including government, churches, private sector and youth.

The Chautauqua Institution waived membership dues for CLSC-Z members and agreed to certify the members upon completion of the required set of 12 books. Members were given Kindle electronic readers purchased with funding from the US State Department’s Innovation Fund and loaded with the selected books on the circle’s reading list. Meetings were held every two months to discuss the books.

“It was fun. It’s something that I would encourage other people to get involved in,” said Phiri, an author and a professional accountant. Phiri cited Hell Hound on His Trail: the Assassination of Martin Luther King Jr by Hampton Sides as one of her favorite books in the list. “When Martin Luther King Jr was assassinated, I was a little girl and we were all very sad. So when this opportunity came, I took my time — word for word, page for page — and really I wanted to understand. Reading the book actually made a difference. I have now understood what happened.”

“I personally move around with my Kindle electronic reader from time to time,” said Rabison Shumba, a motivational speaker. “I no longer have time wasted because anytime I can read from it.”

The initial book list includes Harvard professor Michael Sandel’s Justice: What’s the Right Thing to Do?; Stephen Schlesinger’s Act of Creation: The Founding of the United Nations: A story of Superpowers, Secret Agents, Wartime Allies and Enemies and Their Quest for a Peaceful World; Robin Wright’s The Last Great Revolution: Turmoil and Transformation in Iran; and Mark Bowden’s Black Hawk Down: A Story of Modern War (Somalia)